With the release of the new 2015-2020 Ford S550 Mustang, Steeda knew that addressing the IRS system would be a top priority. Being the first production Mustang with an IRS since the 03/04 Cobra’s, we knew there would be a great opportunity to capitalize on Ford’s new piece by giving it the Steeda advantage. As with any suspension system, deflection is an issue if it’s present. Anytime a piece is moving, twisting, or vibrating when it should be stationary is a major problem. One of the areas team Steeda wanted to focus on was the rear IRS subframe.

As you have seen with our IRS Subframe Bushing Support System, it limits the movement of the subframe by filling in the voids of the OE bushings. With Steeda’s IRS Subframe Support Braces, we have taken the S550 rear suspension to another level!

Our Steeda S550 Mustang Rear IRS Subframe Braces for 2015-2019 Fastback coupe Mustang 5.0L GT, 5.2L GT350, 2.3L EcoBoost, and 3.7L V6 fastback coupe (non-convertible) is built in-house from 4130 chrome-moly steel and powder coated silver metal-flake, this part isn’t only strong – it also looks great under your new Mustang! What we did was tie together 3 very important points on the S550 chassis. We utilized existing threaded holes in the rocker panel (the strongest part of the body) and connected that to the front mounting location of the IRS subframe and the rear mount of the lower control arm and toe link. Connecting these 3 points together not only adds rigidity that was lacking in the rear, but also more control of the whole car.

Also, unlike competitors kits that have not been released yet and only replace the factory bracket, our Steeda kit supports that bracket while connecting to 2 additional locations, therefore providing twice the support! The best part about this kit is it uses all existing holes in the chassis so the car doesn’t have to be modified in any way and adds no NVH whatsoever.

See the IRS Support Braces in action in our Steeda Q500

Hi everybody Brian from Steeda.com Here today to speak to you about our Subframe Braces for the 2015 to 2020 Ford Mustang. When Ford was developing the S550 Mustang they built it so that it could be competitive around the world and popular around the world. And this posed a challenge for them. The challenge was switching over to an independent rear suspension. They hadn’t offered a Mustang with independent rear suspension since 2003-2004. So changing that over was quite a challenge for them. When they did this, they utilized a subframe that bolted to the chassis and that was held together by four bolts. Now at those four bolts are bushings and the reason I’m telling you this well they left some room for improvement! To build on that statement further the bushings are fairly soft from the factory, and the reason that Ford designed these bushing to be relatively soft was to absorb any sort of vibration that might be transmitted through the subframe and isolate that from the body. Now that’s great for driving the car every day but as soon as you throttle into it you get wheel hop! We have many solutions for you but today we’re going to focus on the subframe braces. Now the way this work is they connect in three strategic places on the back of the car. They mount toward the front of the rear tire to the chassis, come back to the front mounting point of the subframe, and then back out toward the lower control arm and tow arm to reinforce those points. Now it’s just not a matter of reinforcing those points it’s also a matter of triangulating those three points. This is going to eliminate any sort of deflection left or right as well as forward-backward and you know that triangulating something is going to add rigidity. Now, this is important for a couple of reasons. That rigidity will make the car communicate better with you the driver. In addition, it’s going to help keep the subframe planted in place and help remove that defection in those soft bushings. Whether it is side to side or forward-backward. It’s going to help reduce wheel hop coming out of corners as well as wheel hop you experience when you accelerate hard going straight. And to further legitimize the efforts we put into designing these, we utilize these on our #20 SARRC Championship S550 Mustang as well as our World Record-setting Silver Bullet Mustang. And since we know that weight is the enemy of performance, we’ve constructed the Subframe Braces out of 4130 Chromoly, which is lightweight and extremely strong. In addition, we’ve powder coated them for durability and if anybody seeks a peek underneath the car it’s going to look great! Now, these are also really easy to install. No modifications are needed to the car and we provide all the necessary hardware to mount them. These also carry our lifetime warranty. In addition, they’re Made in the U.S.A. at our Valdosta Georgia facility.

Manufacturer: Steeda Autosports
Made in the USA: Yes 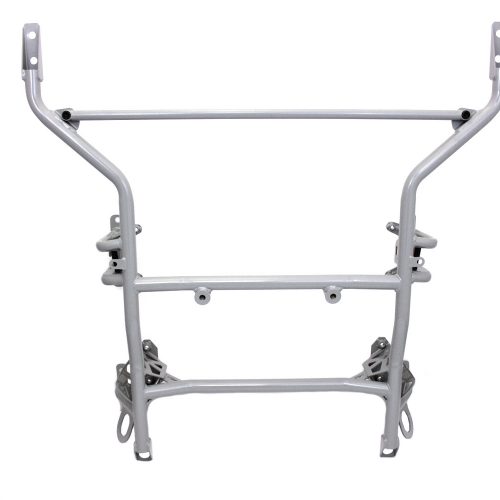 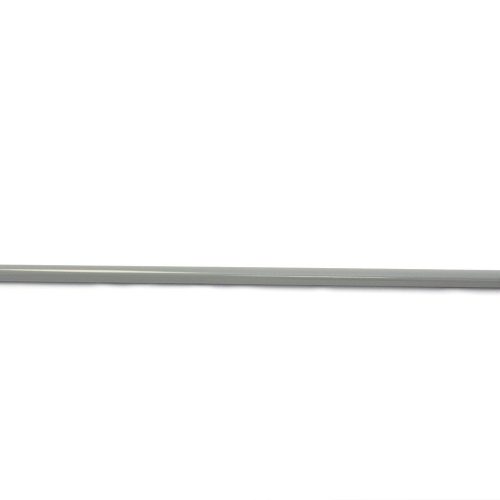 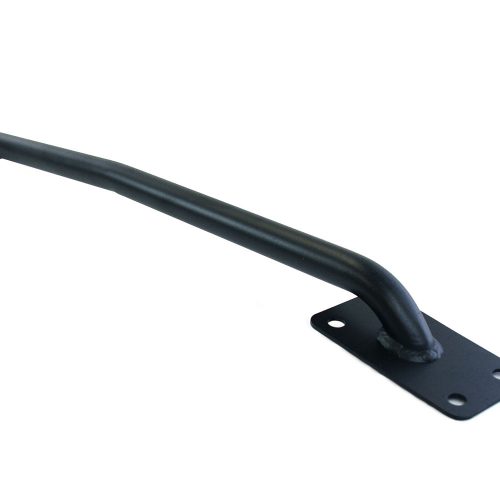 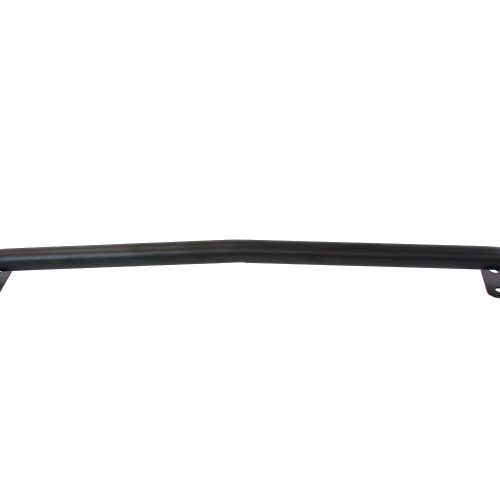 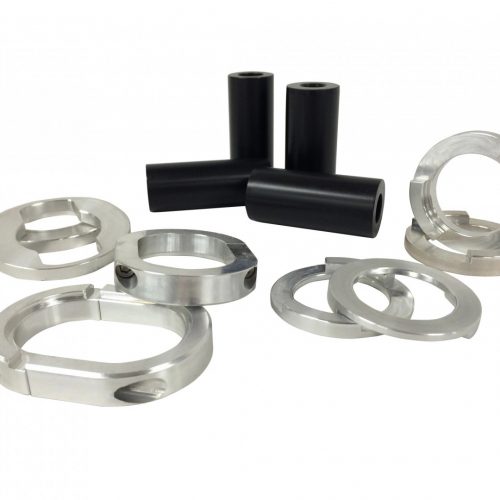 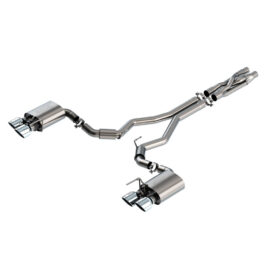 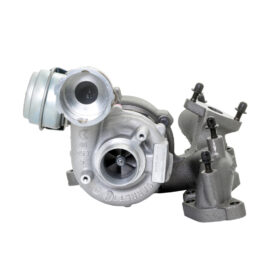 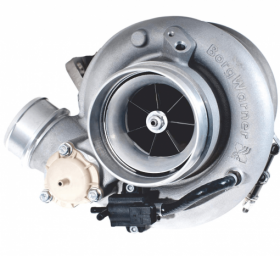 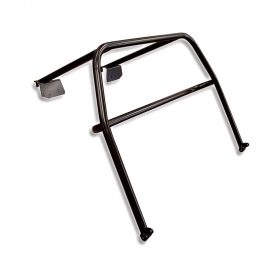