The 857564-6001 Garrett intercooler directly fits the 2015+ 2.3L Ecoboost Mustang in the stock location and can support up to 600 horsepower. This intercooler assembly leverages Garrett’s extensive automotive and aerospace experience to offer the market a differentiated product.

The aluminum core features an advanced offset fin design and vacuum brazed bar-and-plate construction resulting in superior thermal and fatigue performance. CFD optimized cast aluminum end tanks reduce recirculation and maximize flow. The complete assembly results in up to a 30% reduction in pressure drop and up to a 40-degree reduction in charge air temperature.

The intercooler installs in two and a half hours using basic hand tools and can reuse the factory hoses, clamps, and bolts. Slightly elongated inlet and outlet ports create a secure surface for hose attachment reducing the chance of detachment on higher horsepower applications while maintaining compatibility with OEM hoses and aftermarket charge pipes.

Granted by the California Air Resource Board (C.A.R.B), executive order #D-794 allows the 857564-6001 Garrett intercooler upgrade to be used on specific emission controlled vehicles. California is the only state that is permitted to issue emissions standards with an approval form the Environmental Protection Agency. Obtaining a C.A.R.B certification identifies this intercooler will not increase vehicle emissions.

Computational Fluid Dynamics (CFD) is a process that uses numerical calculations to simulate movement of gasses through defined boundaries and various conditions. Supercomputers take days to perform each analysis and have become a standard process used when developing Garrett thermal products.

To maximize the available space and cooling potential, the Garrett intercooler core is 60% larger than stock and features advanced offset fin design and vacuum brazed bar-and-plate construction resulting in superior fatigue performance and up to a 40 degree reduction in charge air temperature.

A stock 2016 2.3L EcoBoost Mustang was used to perform consecutive dyno pull comparisons to simulate on-track conditions with the Garrett intercooler and the OE intercooler. In the chart above, each peak represents one dyno pull. The top peaks show inlet air temperatures which remain consistent around 275 degrees while the bottom peaks reflect outlet air temperatures going into the engine.

Increasing the efficiency of the air cooling system enables the engine to produce higher peak values during the hottest conditions by delivering cooler air to the engine and prolonging the negative effects of heat saturation. This intercooler upgrade installs in two and a half hours using basic hand tools and reuses the factory hoses, clamps, and bolts. Elongated inlet and outlet ports create a more secure surface for hose attachment reducing the chance of detachment on higher horsepower applications while maintaining compatibility with OEM hoses and charge pipes.

Garrett technologies and innovations have been used by nearly every major global automaker, resulting in approximately 100 million vehicles with our products and an average launch rate of 100 new applications annually spanning gas, diesel, natural gas, electric and fuel cell powertrains. 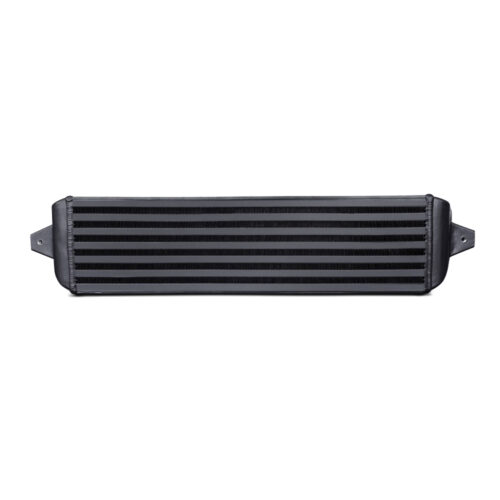 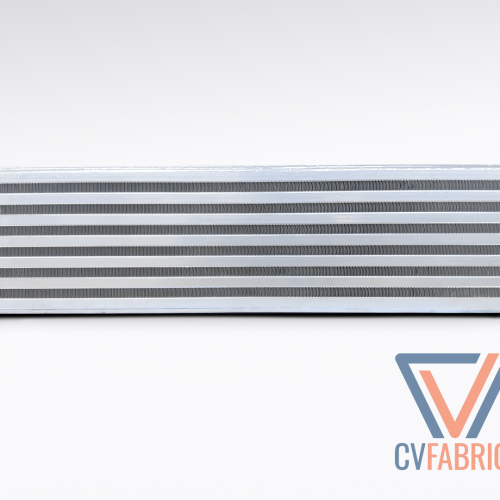 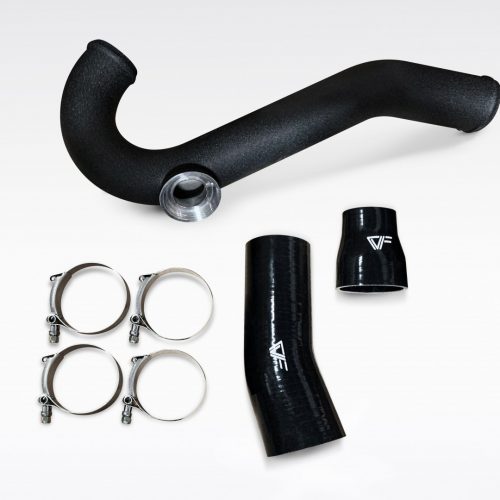 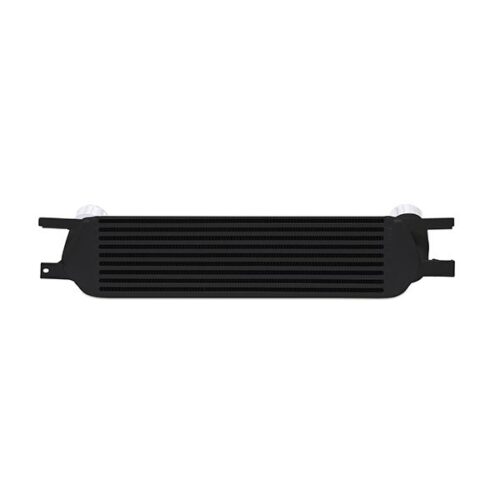 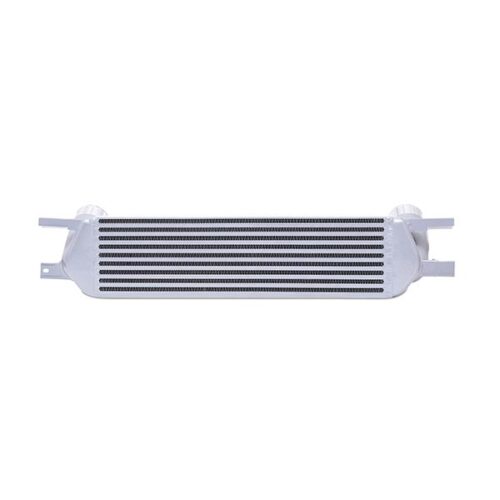 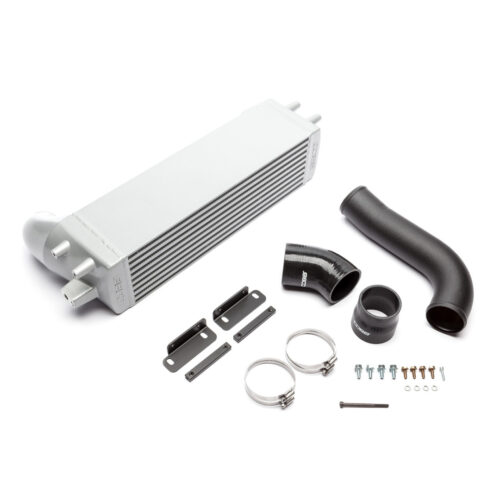 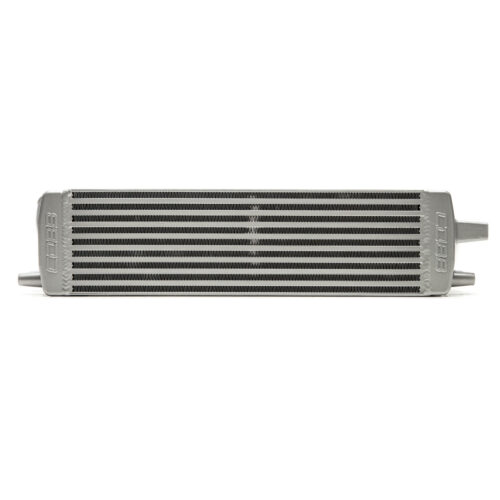 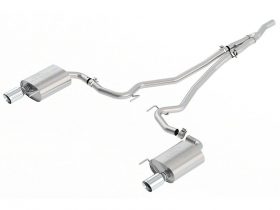 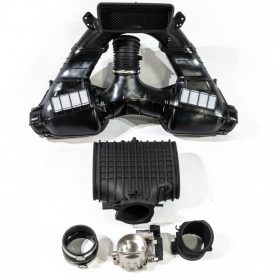 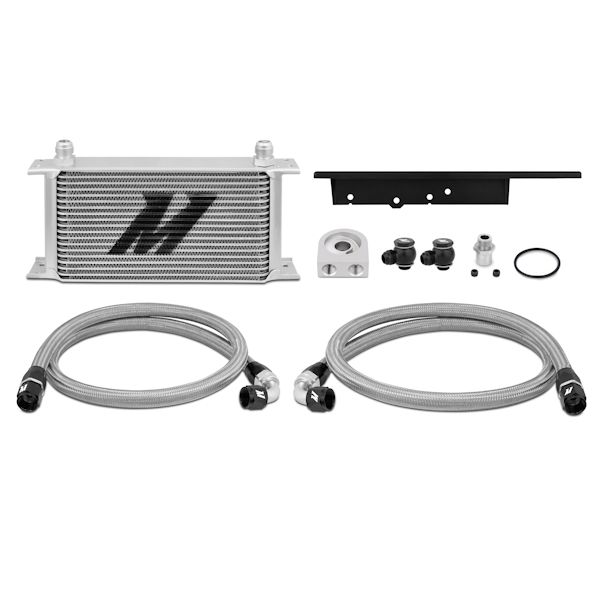 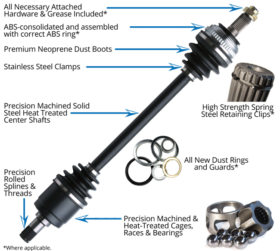